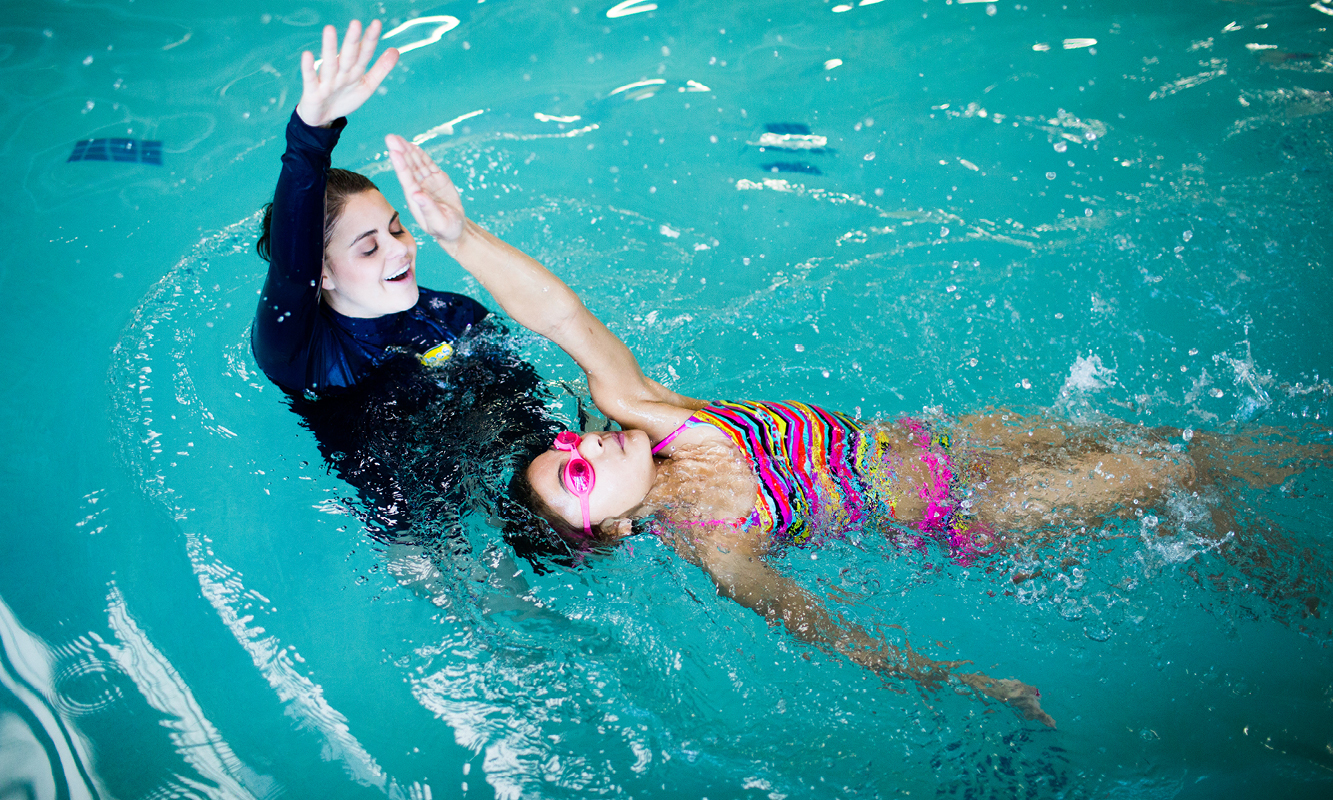 There are countless ways to have fun and love water, and being a confident swimmer makes all of them safer and more enjoyable. The Foss Swim School program is built to teach swimmers mastery of four primary strokes, but of course those aren’t the only ways to swim.

Why do we teach some strokes and not others? It’s not because there is a right or wrong way to enjoy water. Everything FOSS teaches is designed first to improve safety, and second to improve swim mastery. The four strokes that make up the main thrust of our program help the most in these two areas.

Other strokes that aren’t a part of our program can still be fun and contribute to a swimmer’s health and enjoyment of the water – they just aren’t where we spend time teaching. Here’s why:

The FOSS curriculum is made up of skills that build towards the four strokes every FOSS graduate can swim: the freestyle (or front crawl); the backstroke; the breaststroke; and the butterfly.

The front crawl is so often called freestyle that the two seem synonymous. In fact, “freestyle” is a competitive event where swimmers can swim any stroke they want, but the front crawl, as the fastest stroke, is always the first choice in competitions. Today you can use the terms interchangeably when speaking about the stroke.

In the freestyle, the swimmer is face down, with alternating arms reaching out and pulling water back, and the legs performing flutter kicks. Every fourth arm stroke, the swimmer turns his or her body to the side away from the arm reaching forward, rotating the face out of the water for a breath without turning the neck or lifting the head – this is important as lifting the head up changes a swimmer’s center of gravity and can cause the body to sink, slowing them and breaking rhythm.

The fastest, most efficient stroke for distance, it is the foundation of swimming well, both recreationally and for safety.

Backstroke, of course, is swum on the back, with alternating arms and flutter kicks from the legs. The arms come out of the water to reach as far forward as possible.

The backstroke is also efficient, and uses different muscles than the front crawl. Since it is face-up, breathing is easier. A swimmer who can alternate the front crawl and backstroke well can swim a very long distance and a long time without overtiring themselves, since muscles used in one stroke can recover while swimming the other.

The breaststroke is a symmetrical stroke – the limbs on both sides of your body do the same thing at the same time. The legs perform a kind of frog kick, drawing forward and bending at the knees, then pushing out. At the same time, the arms reach forward and push back together.

As a face-forward stroke, you can breathe and see where you are going easily. It can be a very gentle stroke for recreation. The chest muscles and leg muscles used are different than in the front crawl and backstroke. The soles of the feet are held flat, so swimmers get more push per kick than with flutter strokes.

Simply called “the fly” by competitive swimmers, this symmetrical swimming style is the most demanding of the four main strokes. The legs and lower body undulate in a dolphin kick, and when the upper body comes up to break the water, the swimmer brings the arms forward and propels him or herself forward with the hands.

We teach the butterfly for conditioning – it uses the body’s core muscles more than any other stroke, and also works the arms and chest. It is not the stroke of choice when swimming for self-rescue, but a strong butterfly swimmer is also a strong swimmer overall.

These are four swim strokes and styles we sometimes are asked about by parents. They can be fun, relaxing and good exercise, but for various reasons we don’t include them in the FOSS Learn to Swim curriculum.

In the sidestroke, a swimmer is on their side, face out of water, and uses one arm to reach and pull water while the other arm reaches across their chest and does a smaller paddle, and the legs open and close in a large scissor kick.

Since it is asymmetrical, swimmers can flip and rest one half of their body at a time. It can be easy to learn and fun to swim, but we don’t teach it for a couple reasons. One, it loses efficiency by having the forward arm recover underwater – meaning it is slowing you as you bring it back forward, unlike strokes where the recovery is above water – and it doesn’t develop any skills or work muscles not used in other strokes.

In this symmetrical stroke, the swimmer is face up and bends arms at the elbows to bring the hands up under the armpits and bends the legs at the knees drawing the feet up, then extends the arms and legs out, and finally brings arms down to the side and legs together, propelling them forward.

Another relaxed and gentle stroke, we don’t teach this for reasons similar to the sidestroke – with the arms recovering underwater, it is less efficient, and it doesn’t add anything not learned in other strokes. The frog kick, for example, is used in the breaststroke.

Treading water, in which the swimmer is upright and stays afloat by doing bicycle kicks with the legs and paddles with the hands, is no longer considered a “safety” stroke to use in an emergency. It’s better to use that energy to swim to safety. In young children, it can actually increase risk, because children have large heads in proportion to their bodies, small hands and feet that provide little upward propulsion and small lungs that provide less buoyancy – you can read our full article on the subject here.

For adult swimmers, treading water is valuable both as exercise and to stay in place during water activities, but in a learn-to-swim program – especially for children – it is not a skill to teach.

The dead-man’s float, in which the swimmer floats face down, just occasionally moving hands and feet to raise the head and take a breath, was once taught as an efficient way to stay afloat for long periods of time. It may be that, but it is not practical (nor, in our opinion, much fun.)

In almost all situations where a person is at risk in the water, being a strong and confident swimmer who can remain calm, manage buoyancy, and make for safety is a far better skill to develop. For times when tiring is an issue, we teach swimmers to flip on their back to breathe, then flip on their front and swim forward a few strokes, then repeat, a technique we call “swim-flip-swim.”

However a person chooses to swim, it’s important to first have a strong foundation in core strokes and water safety skills. After that, enjoy the water in whatever way is most fun for you! We’ll see you at the pool!

6 Tips for Swimming Siblings from a FOSS Family

Appreciating All The Teachers at Foss Swim School

How Effective are Baby Swimming Lessons?