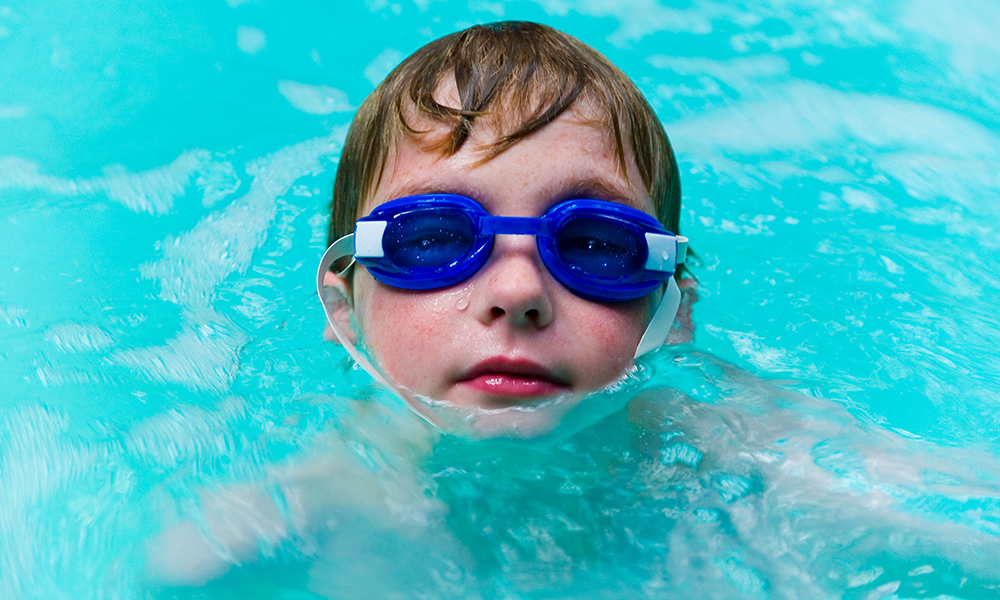 If you are old enough to have kids, there’s a chance you were taught to tread water as a water safety skill. Parents who send their kids to Foss Swim School sometimes look at our curriculum and ask why treading water isn’t listed as one of the core, early skills.

If you’ve come to one of our Safety Week sessions, you’ll also notice that we don’t include treading water as part of the program.

Why? Simple: Treading water is a dangerous practice for kids who are in danger in the water.

If you’ve ever compared an adult to a child treading water, you’ll see the child is much lower in the water, often face tipped up, mouth barely above the surface. This is a dangerous position – people who are close to drowning instinctively look up and paddle their hands at their sides, unable to call for help or wave for attention, and trying to tread water can put a child in a similar position.

A child’s head is as much as twice the size of an adult’s head in proportion to their body, while hands, feet, lungs and muscles are much smaller. A child who attempts to tread water will find they aren’t as buoyant as they need to be (because of their relatively heavy head and small lungs), that they can’t get hold of as much water to propel themselves upward (because of their smaller hands and feet) and as a result they will quickly tire out their smaller muscles.

A similar issue plagues an even older water safety technique, bobbing. In bobbing, swimmers were taught to sink to conserve energy, then propel themselves up, use momentum to reach the surface and grab a breath, then sink again. It turns out this technique was inefficient for adults as well as kids, and is no longer taught as a life-saving technique. (Bobbing is useful in water acclimation, however, where the swimmer is mostly above water and bobs below.)

This technique is best because:

Some additional points for safety

When they fall in, children should not look up. Air will be forced through their nostrils and they will lose the buoyancy of their lungs. (Learn more from the award-winning “Drowning is Silent” news segment we were featured in.)

Treading water IS great exercise for adults and competitive swimmers

Don’t get me wrong, treading water is an important swimming skill – actually, it’s a necessary skill for a well-rounded swimmer. When a swimmer has an adult-proportioned body, it is an effective life-saving skill that can keep them safely above water for long periods of time with minimal effort.

But everyone should be learning water safety as a child, and the sooner the better. So, put treading water on the back burner for kids and remember if you fall in, “turn and swim back to the wall” and if you need to breath “Swim-Flip-Swim!”