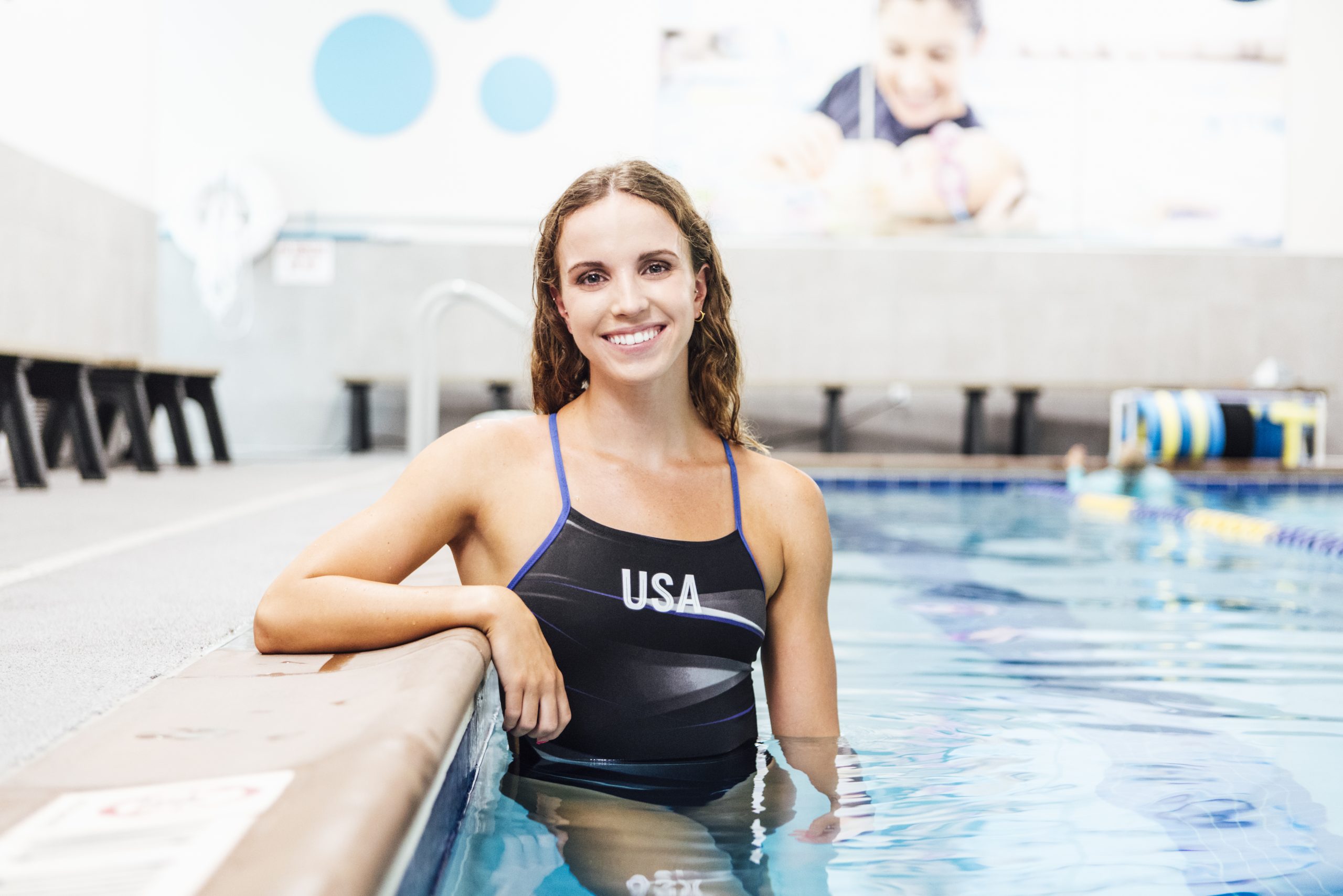 Even Olympians face adversity. Just ask Regan Smith, who learned to swim at FOSS, won three medals at the 2020 Olympic Games, and is working towards appearing in the next games in Paris in 2024. While not everything goes exactly as planned in the pool — or in life — she credits the resilience she learned through swimming with helping her through challenging times.

“Resilience is so important in swimming,” Regan said. “If you have a bad practice, or have a bad race, it’s so, so important not to give up. A lot of people don’t do that. Just learning to do that will pay off so much in life.”

The power of grit

Simply completing a task is a stepping stone to success, even if it feels bad in the moment. Completion gives a person something to improve upon, while an incomplete task doesn’t. It demonstrates grit and gives a person a chance to find their limits. And even in an effort that seems like a loss, a person keeps getting stronger and gains experience.

A person doesn’t have to be a world-class swimmer for these lessons to apply, she noted. “It’s important for kids when things are getting really, really tough, don’t stop. Even if you have to slow down or start over, just don’t stop.”

These are lessons that go beyond physical activity. Regan recalled that the isolation and uncertainty that she and many others felt during the restrictions of the COVID-19 pandemic made it hard to understand the value of seeing things through.

Her performance in her recent college season also left her feeling discouraged. “Coming out of that, I had a lot of work [to do] to get into a better headspace,” she said.

That’s not to say that demonstrating resilience is always easy or happy. It’s not. And coming to terms with those feelings, and hopefully directing them in a positive direction, is part of the process.

“I allow myself time to be angry. Be upset. Then after a certain amount of time, I put it away,” she said. “It’s important to feel the emotions, but I can’t let them take over.” Regan’s strategies include seeking out small wins – “Sometimes if things aren’t going my way, I take control over easy things in life, even just making your bed” – and redirecting her energy with other activities.

On the flip side, she said, trying to force positivity can mask things that need real work. “I think a positive attitude is so important, but to a point,” she said. “It can be a negative if you’re ignoring things. Important to recognize when something is wrong, and then say here’s what I am going to do about it.”

Applying resilience to her life

Following her most recent college season, Regan had to put these lessons into practice and make some hard decisions. With her goal of swimming in Paris in 2024, she realized she couldn’t get the type of training she needed while still attending college full-time.

“After the season, I realized this wasn’t making me happy. But I had wanted to go to Stanford for so long, and I like the team, pool, and coaches, but I wasn’t getting the results I needed personally.”

Resilience means confronting challenges and finding a way through, even when it requires sacrifice, and that’s just what Regan did. She chose to set aside her college work temporarily to focus on training for the Olympics. “I know I can get my degree later, but I have a very small window to compete at this level, so I have to do that now.”

It’s a long journey from learning to swim at FOSS to competing at the Olympics, and it’s not the journey most students take. But the lessons learned about resilience, working hard, and sticking with what you’re doing even when you have a bad day are among the most important things we teach.

From FOSS to the World Championships: Regan Smith’s Journey