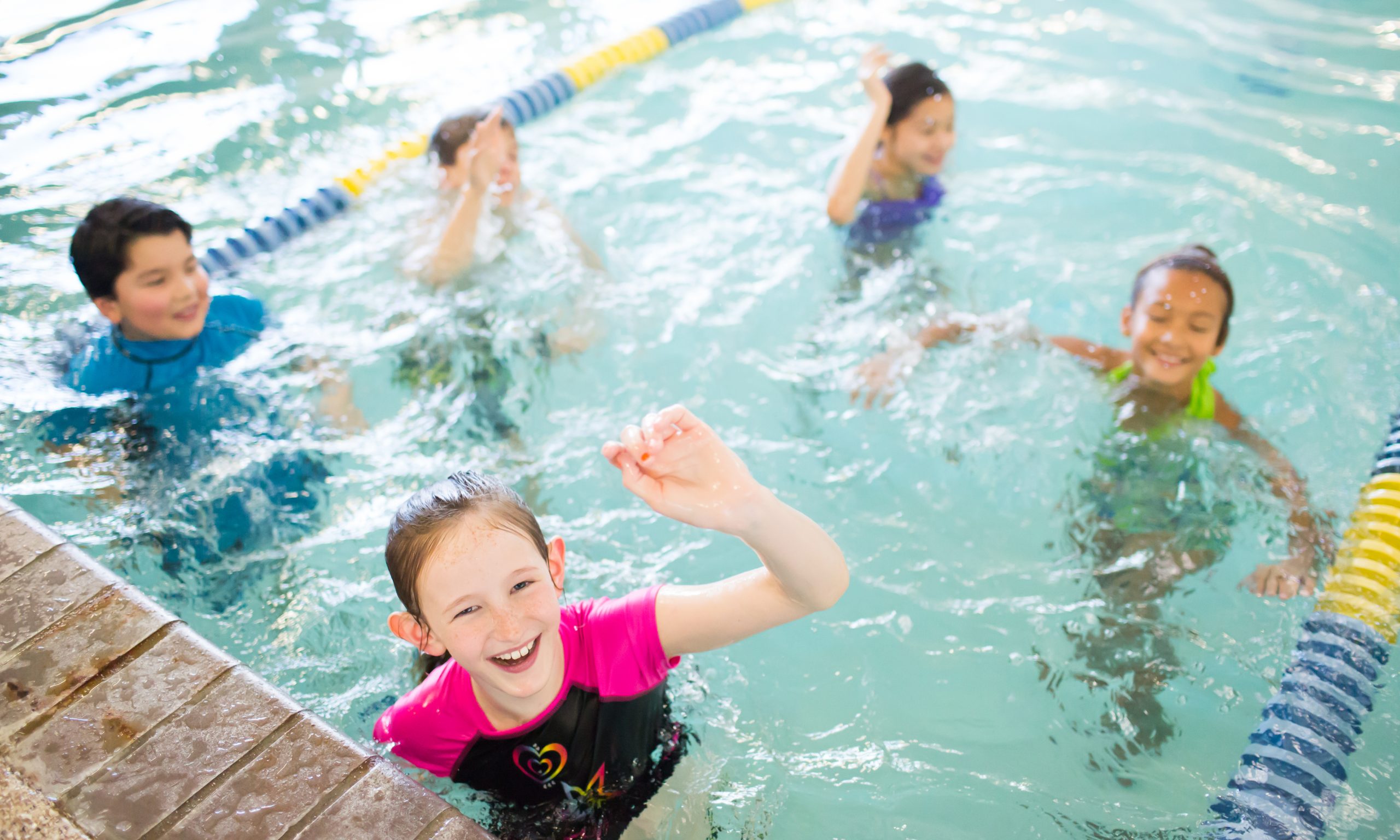 Laugh, play and grow—for brain and body! Whether splashing in the pool or paddling around the lake, did you know your child is also building their brain along with their muscles?

A child’s intellectual development is a function of more than mental stimulation—it is a physical process as well. At Foss Swim School, we believe that swimming is a healthful part of a child’s whole-person development—physical, of course, but social and intellectual as well. Science backs up the value of physical activity for kids, and the outcomes it can help deliver.

When it comes to brain development, studies have shown that physical activity is linked to both developmental milestones and better grades. And it’s not just for little kids. From toddlers to teenagers and beyond, the link between swimming and brain development keeps showing up. (Ready to enroll? Check out our available classes.)

A study by Griffith University in Australia looked at 7,000 children under the age of 5 over a span of four years, and found that those who participated in swimming lessons tended to be months ahead of average in reaching a range of developmental milestones, including:

In the United Kingdom, a long-term study looked at 6,400 children who participated in organized sports, including swimming, at ages 5, 7 and 11 and cross-referenced participation with their scores on a standardized math test administered at age 11.

The result: Those who participated were 1.5 times more likely to reach a higher-than-expected level in the test.

While swimming wasn’t the only activity associated with the higher performance, the study shows the value of organized physical education for young people in what would seem on the surface to be unrelated areas of mental development.

Original research conducted by the Journal of Physical Activity & Health looked at 264 young Spanish competitive swimmers between the ages of 12 and 16, comparing academic performance with the intensity of their physical activity.

The study doesn’t draw broad conclusions about the exact mechanism for why more intense activity is related to grades—one thought is that brain benefits require some minimum threshold of activity intensity, or their may be social or psychological factors at play (for example, a higher competitive drive could affect both how hard one exercises and studies.) There also isn’t a clear reason why the association is stronger for girls than for boys. The overall positive academic association between swimming and grades, however, is consistent with a lot of research linking physical activity and academic achievement.

ADULTS AND ANY AGE: Better blood flow may give a brain boost

As a lifelong activity, it’s worth noting that the brain benefits of swimming aren’t limited to kids. A study conducted by researchers from Australia, Canada and the U.K. looked at men in their mid-20s, and found that simply standing in chest-deep water significantly increased their blood flow to the brain—14 percent to the middle cerebral artery and 9 percent to the posterior cerebral artery—which in turn has been shown to improve cognitive function. That doesn’t mean you can just stand in the water and become an instant Einstein, of course. And if you’re swimming, you probably aren’t exactly replicating the conditions of the test.

Still, if you needed another reason to love the water for you and your kids, we hope this helps! So get out to the water park, pool, splash pad and anywhere your child can play in the water. The fun is just the first part of the package of good things that comes with swimming!