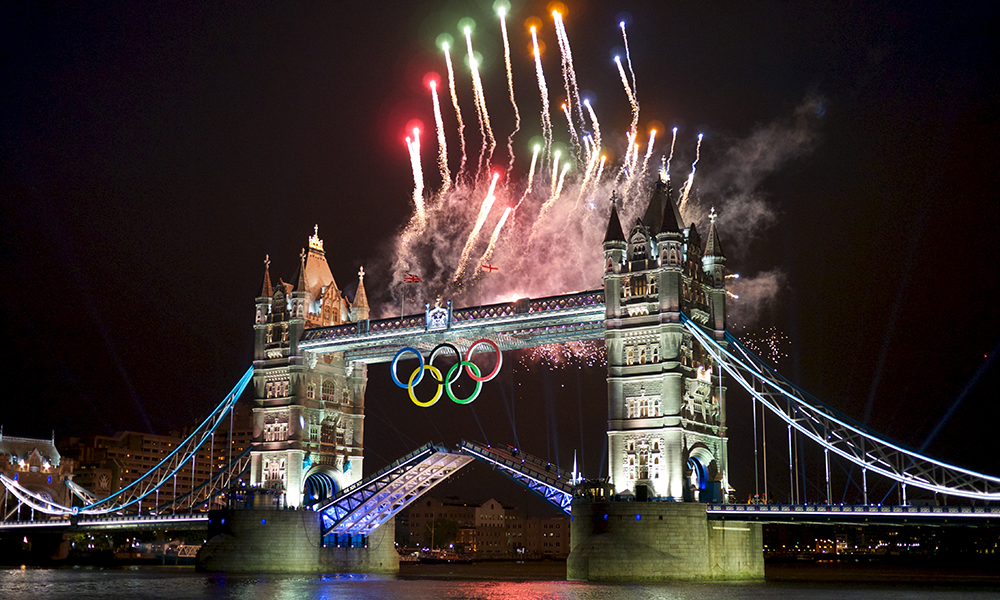 There’s no athletic competition quite like the Olympics. As we gear up to watch the winter games, we asked Rachel Bootsma, a FOSS alumna and Olympic gold-medal winner in the 4×100-meter relay at the 2012 summer games, what memories stood out from her time on sport’s biggest stage.

1. The ready room before the final 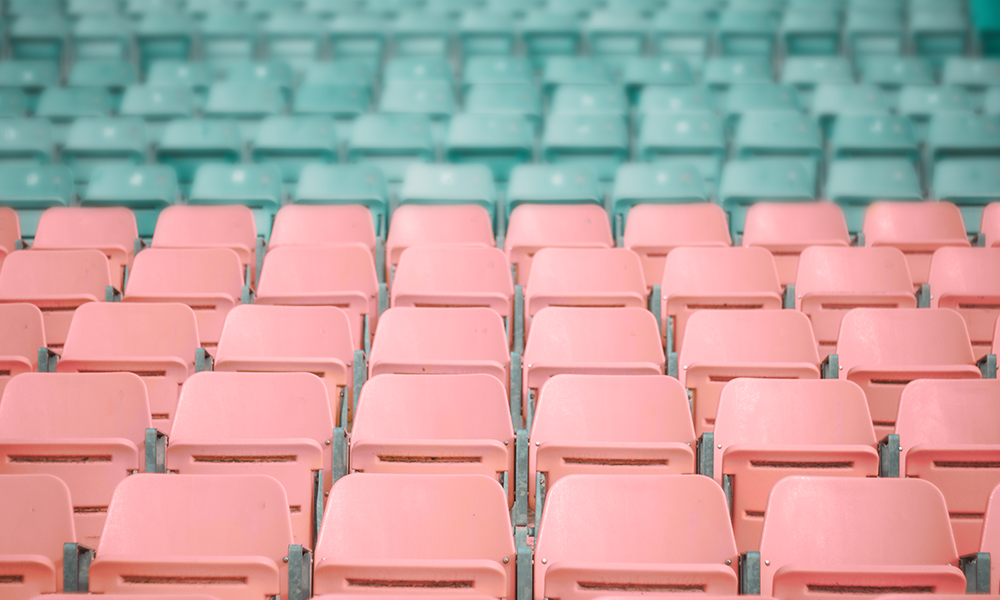 It was day 8 of the swimming events, and we were sitting in the ready room, where you must report before you are allowed to swim. You are in a confined room for 20 minutes with all of your competitors just waiting for them to call your heat up to race. I remember looking at the other teams thinking “Wow, how are we going to compete with them?” And then I had this sudden realization: I was swimming for the United States of America, arguably the best swimming country in the world. I had made the team, meaning I was the best of the best that year and was placed on this relay because I could compete with the best from around the world. It was pretty crazy to have that realization just before the biggest race of my life!

2. Watching the opening ceremonies with friends

Swimming starts the first day after the opening ceremonies, so a most swimmers don’t march in the opening ceremonies so they can be fresh. Instead, a few of my suite mates in the village including Katie Ledecky, Jessica hardy, Allison Schmitt and Elizabeth Beisel, to name a few, all painted our nails and watched opening ceremonies on TV. As we were watching the ceremony, the “Queen of England” parachuted out of a plane as part of the show. We were able to watch from our window and see her stunt double jump out of the plane and into the track stadium in real time! 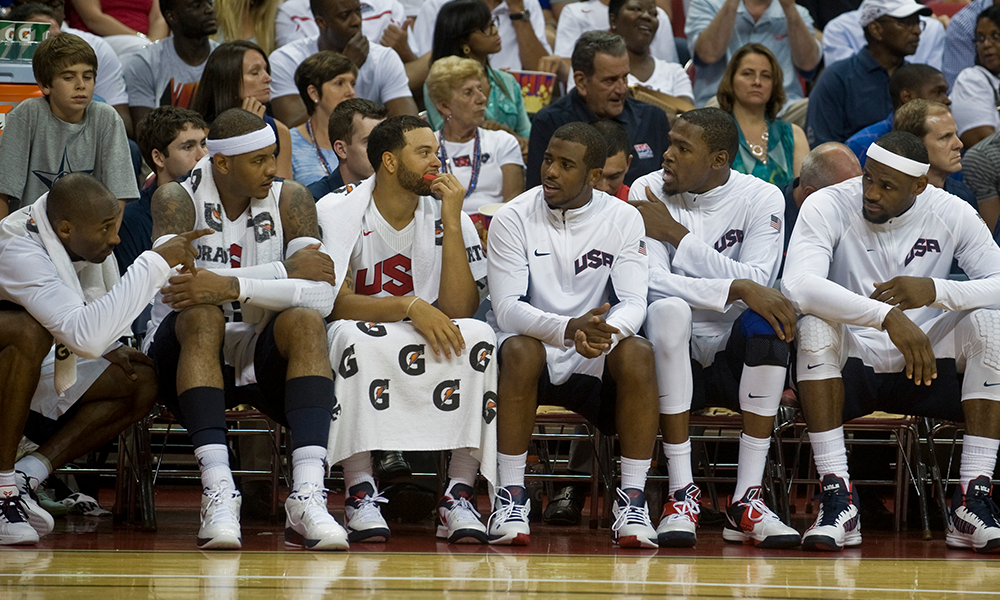 A few days before the games started the entire swim team was called to have a really important meeting. We discussed things like timing, relays, and the general flow of the meet. But our head coach ended the meeting by saying “This is the most important part of the meeting – we have to go downstairs to discuss it.” The entire team went downstairs and waiting for us was the US men’s basketball team! The entire team was there, including LeBron James! We got to take pictures and talk with the entire team. The funny part is, they were just as excited to meet us!

4. Rubbing elbows in the dining hall 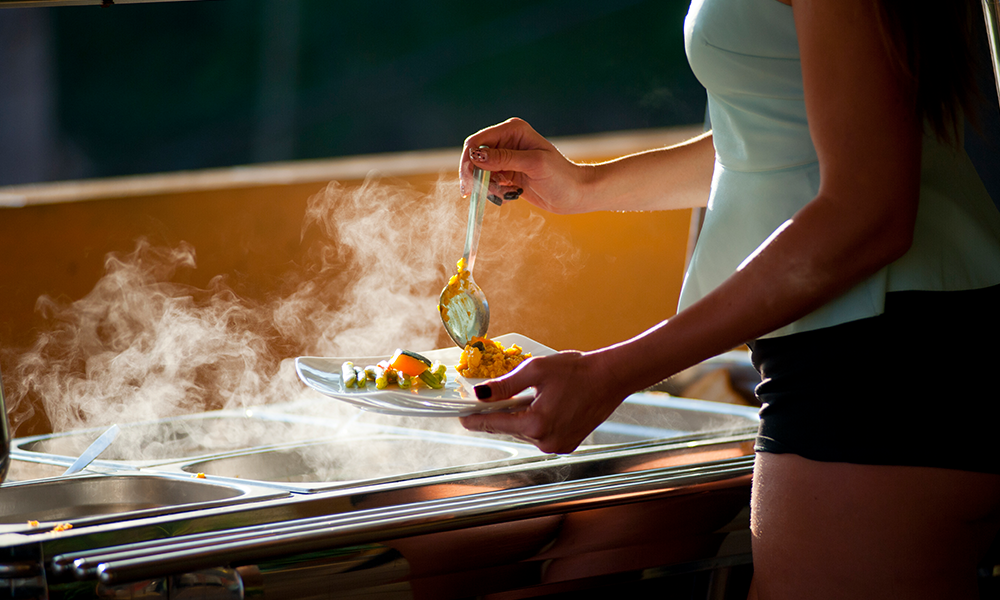 The dining hall was CRAZY! Every single athlete from every single country eats in the same dining hall during the games. There was food from every different country so that every athlete could feel at home. With so many choices for food, the place was massive. I remember eating near Usain Bolt and the Fierce Five (the US gymnastics team). At the beginning of the games, athletes sat by country with their fellow citizens, but by the end everyone was sitting with everyone. It was such a unique experience interacting with the best of the best from every country! 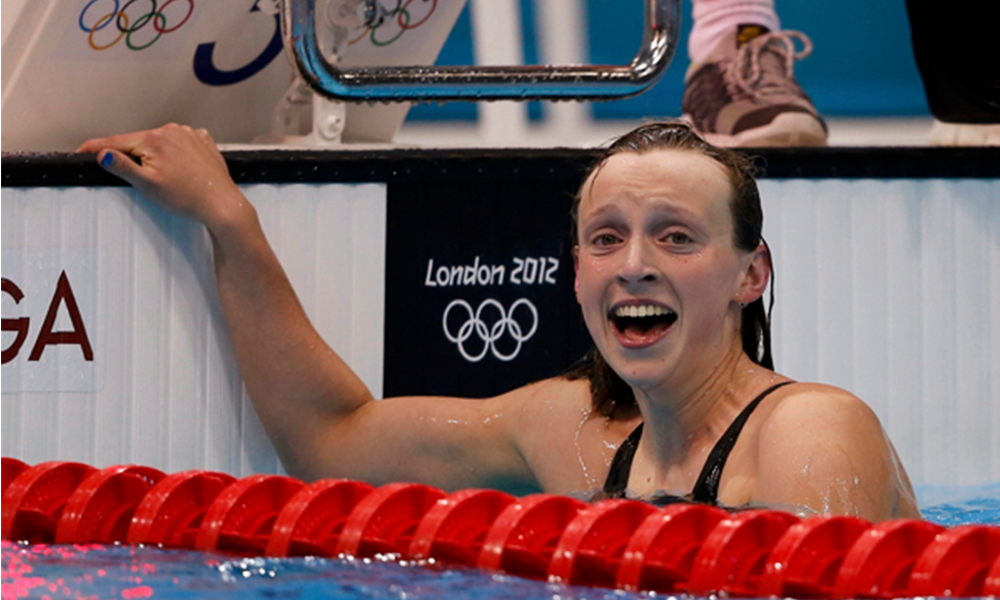 Watching Katie Ledecky’s gold medal performance in the 800 free was so memorable. I was sitting (more like standing because we were so excited) next to Lia Neal and we cheered the whole way. I remember thinking, she’s going to win this thing and just screaming so loudly. When she touched the wall and won, both Lia and I had tears streaming down our faces in pure joy and excitement! At only 15, she was the best in the world. And from what we know now, that was just the beginning.