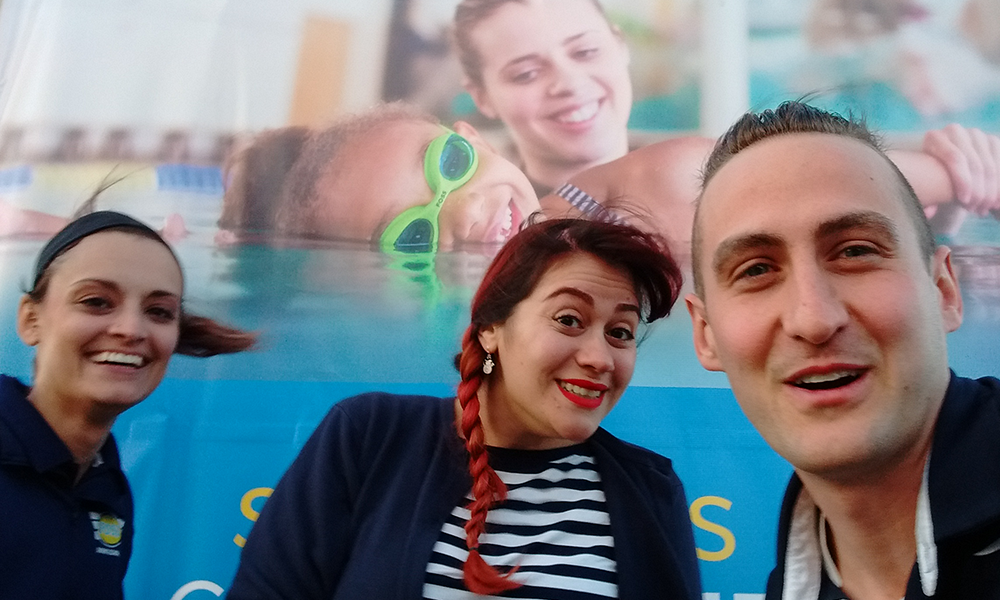 With its grand opening in the first week of January 2018, the new Foss Swim School location in Elmwood Park, IL, becomes the new standard-bearer for the school. “We try to improve on something every single time we open a location,” said Casey Fogerty, the site director of the new location, speaking a few weeks before the doors opened. Fogerty also had a hand in the grand opening at South Barrington (where he was also the site director) and has built on that experience as he prepared to open Elmwood Park.

Opening a new location for FOSS is a team effort, involving the headquarters in Minnesota and hands-on-help from FOSS team members and site directors based at the other five Chicago-area schools. As site director, Fogerty helps focus and direct a lot of that effort – and that’s why he’s glad to have done this before. “There is so much I’ve learned, I’m trying to iterate,” he said. “At the same time, every site is different.”

The biggest challenge and one Fogerty has worked hard to stay ahead of is staffing. “I’ve gotten so much interest in staffing for this location, and that’s both a blessing and a curse,” he said. FOSS distinguishes itself by hiring people who will thrive in the system, and training them intensively. Lots of interest means lots of people to interview to select the very best, and the need to get them trained even though the new location was not yet open at the time they were hired.

That means new employees had to drive to other locations for training, and once it opens they will then need to learn the nuances of the new site. But Fogerty is confident. “I see my primary role as team building,” he said. “We will get them up to veteran levels for teaching” via hands-on training with veteran instructors, and bringing in other experienced team members from other locations.

In the leadup to the opening, the other Chicago-area schools also took on extra workload fielding calls and helping set the new location up.

But his duties don’t stop with staffing. As site director for a new location, Fogerty is also responsible for making sure all the details are covered, from coordinating local public relations and community-building in the neighborhood, to programming how many lessons at what level the location will offer, to assembling furniture and decor.
Much of his December was spent in a trailer in the parking lot of the location, keeping an eye on the finishing touches of the construction while managing these details.

“We have benches and cubbys and all these little things to do,” he said. “I need to make sure we have people to assemble them and move them in, and even blow up the inflatable animals that hang from the ceiling.”

Top features of Elmwood Park
Keeping with the FOSS philosophy of constant improvement, the Elmwood Park features the latest and best technology and design. Some of the features Fogerty is especially excited about include:

Of course, when everything is brand new there is always a need to familiarize staff, break things in and fine tune with experience. But Fogerty is certain Elmwood Park is ready for prime time, and he has built in flexibility with staffing so programming can shift to accommodate all the new customers in the first weeks and months. “The last time I opened a location, I worked two 20-hour days in a row,” he remembered. “I’ve worked to become a better planner. Still, once we get the keys, it’s a dead sprint.”

5 Things Swimmers Can (and Must) Do for Everyone’s Health