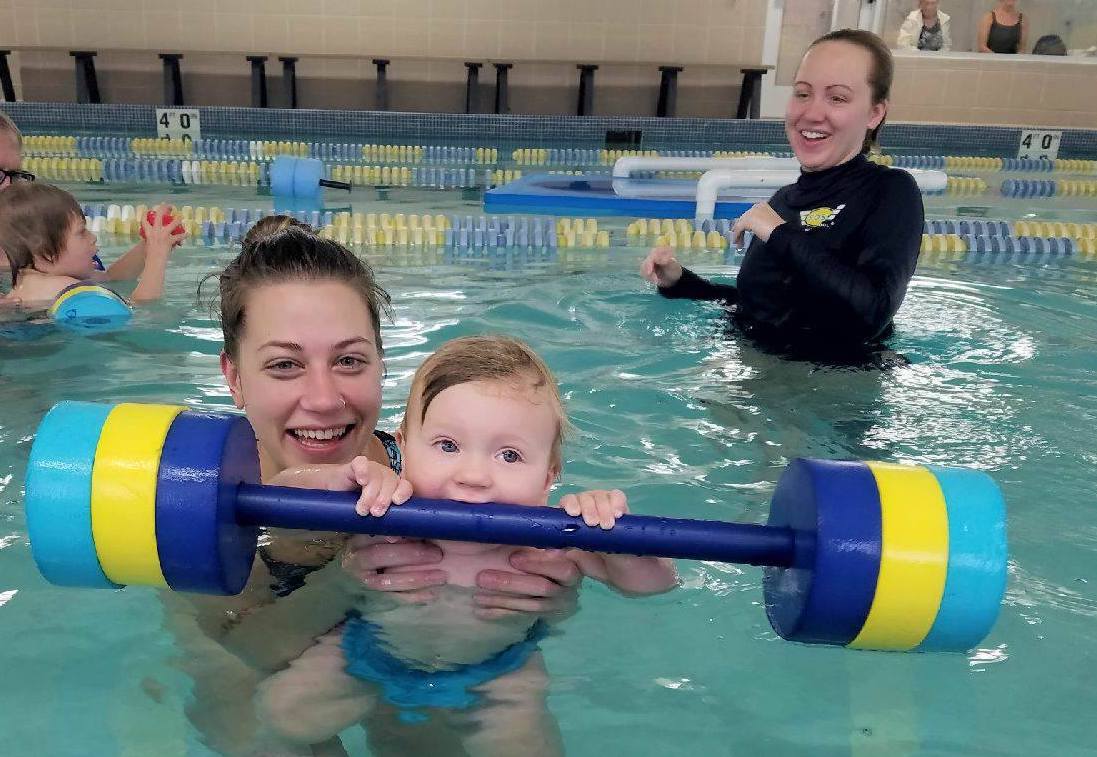 There was one thing Rachele, a new mom in south Minneapolis, didn’t have to worry about with her infant son Theo: A fear of water. “He loves the bathtub,” she said. “He was always sticking his head under the faucet. I work in childcare, and I never see kids do that.”

Inspired by Theo’s obvious love of water, Rachele began researching infant swim lessons. Her first search results worried her: They were focused on a particular approach to teaching infant water safety, and led her to exclaim “No way am I throwing my baby into the pool!”

But eventually she found her way to FOSS, and realized she knew someone who worked there. “It was great,” she said. “That’s how I got my questions answered.”

Not everyone has a friend at FOSS, but they can learn from what Rachele heard.

Adapting to the unexpected

The first day of class came. “I was a little nervous, but mostly excited,” Rachele said. “I expected Theo to love it – but he didn’t.”

When Theo latched on to his mom and wouldn’t let go, they needed to change plans. “The instructor encouraged us to participate passively,” Rachele said. “Then my old fears crept up – was I making a mistake? And then in the fourth week, it just clicked.”

Suddenly, Theo went from fearful, to completely participating. “There was no gradual warm up. Suddenly he was doing everything, submerging himself. He really likes ring around the rosy and the big floating mat.”

Helping him to adapt, the instructor worked with Rachele. When Theo found comfort in holding a certain toy, they made that part of the lesson and motivation for him to swim from one to the other. He loves spinning the floats on the lane dividers, so that’s part of his routine too. “We found something that works for him. We love it.”