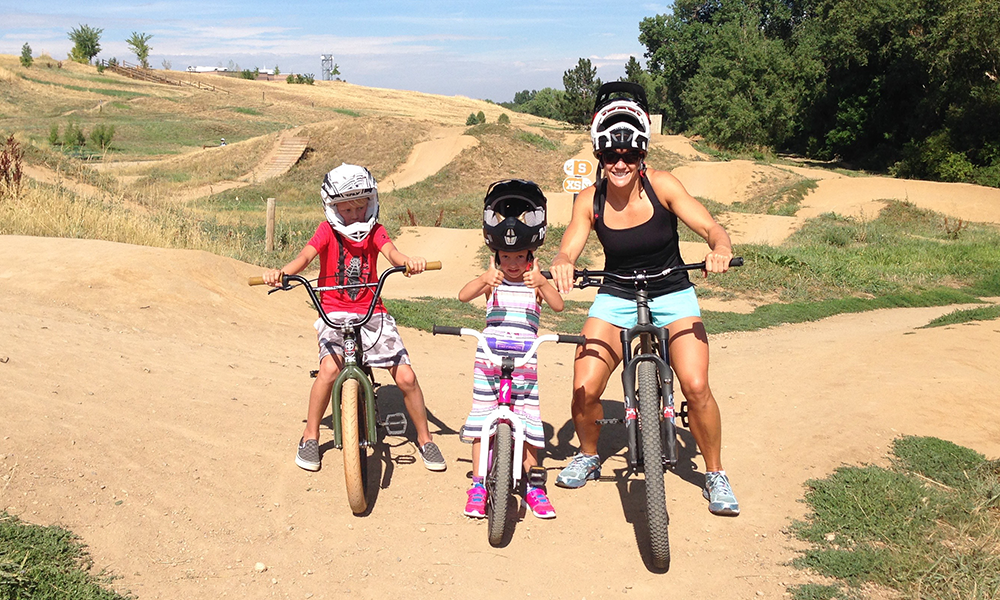 When Gretchen Hegener Rech brought her kids to their first swimming classes, the instructors didn’t realize they were dealing with a mom who could probably teach them a thing or two. A onetime U.S. record holder in the 100-yard breaststroke and inductee into the University of Minnesota Aquatics Hall of Fame, Gretchen is a firm believer in the value of swimming—a value she wants to be sure to pass on to her children Hunter (9) and Verity (6).

“I believe swimming completely developed me into the person I am,” Gretchen said. “It helped me mentally. In any sport there are ups, downs and plateaus— that’s life. But swimming helped me be resilient to whatever life throws at me.”

Gretchen also recognizes the importance of water safety. “I think learning to swim is about fun AND safety. What was scary for us was neither child had any fear of the water,” Gretchen said. “I felt like I had to warn the teachers.” While she knows she still needs to monitor the kids closely, it has helped her relax more when they swim recreationally.

By contrast, she recalls one time a friend’s child joined them for a swim party, but she wasn’t aware the child couldn’t swim. “He tried to go in the deep end, and I had to go right in after him,” she recalls. “It was the most stressful time.”

Swimming as a foundation for well-rounded kids

When it comes to sports, Gretchen is worried about the impact of focusing on a single sport on kids. As a former elementary school teacher who still works closely with teachers and kids, she said, “I’m seeing an ugly road when parents, by the time the kids are eight, they’re focusing on one sport. Parents are trying to put their own wants on the kids. Some kids are driven, that’s true—but it’s a tiny number. It’s really important to be well-rounded in every way.”

Gretchen sees that she was one of those driven kids – she loved swimming from her first exposure, and got a rush from competition – but is not sending her kids down the same path. Both have other interests (“Hunter is a bat-and-ball kid” while Verity likes rock climbing and dance) and has avoided pushing competitive swimming.

But she still sees swimming as an excellent physical conditioning that is a foundation for any sport, and a basic life skill she is committed to developing. And that means swim school for both kids, even as they add on other sports and activities.

What Gretchen looks for in a swim school
The relationship of teacher and student is critical, Gretchen said. A FOSS alumna of swimming lessons and swim coaching, “I was fortunate to have the coaches I did. They cared so deeply for every person. I want other children to feel that way too, that people believe in them.”

Bringing her kids to FOSS for a two-week session recently, she immediately saw what a good instructor relationship can do. “When we met Chad, within 30 seconds of introducing himself, the kids were pumped,” she said. “At home, when it was time to go to swim lessons, it wouldn’t take three minutes to get ready. There was no tension. Every child had a smile on their face.”

“I can’t instruct my kids,” she continued. “They won’t listen to me. But once the teacher tapped their enthusiasm and joy of swimming—all that time they were playing, they were also learning.”