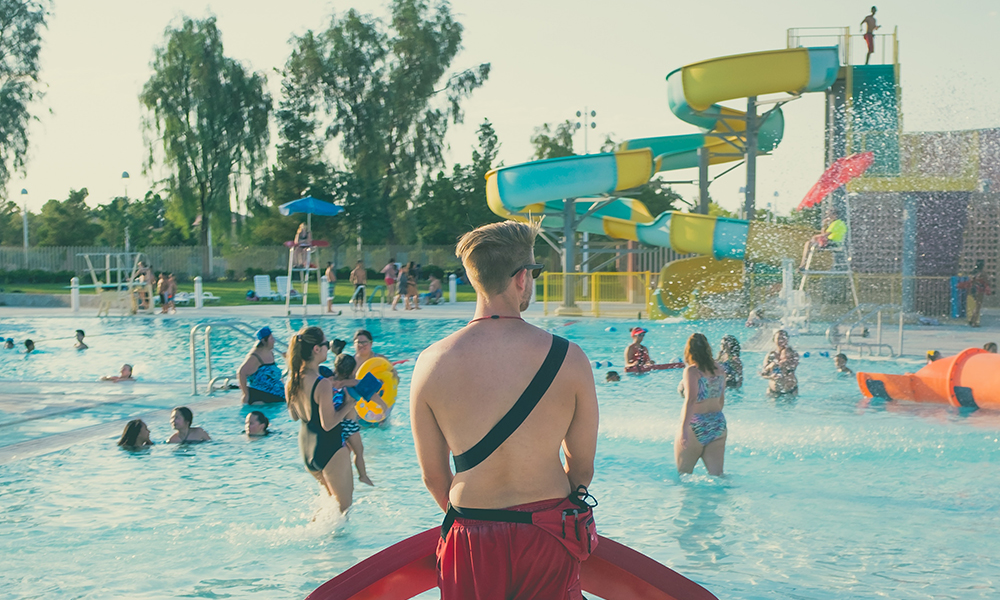 Summer is almost here! Are your kids ready for the water?

It’s a scenario that parents don’t even want to contemplate—a child unexpectedly falling into water over their head. Yet it happens, despite setting clear rules for kids, the kids themselves having no intention of going in the water, and even close adult supervision. Since drowning is silent, the clock for safely getting out of the water starts ticking as soon as the child goes in.

Fortunately, most of these stories have a happy ending—especially when kids have been taught what to do if they fall in. Every safety step they take buys them more time or even allows them to get to safety themselves.

At Foss, we celebrate those stories you DON’T hear about because there was no tragedy. To us, that’s the best possible outcome.

In recognition of May as Water Safety Month, we want to share three of those non-stories that show how important water safety skills are.

“Nobody knows how it happened.”

It was May, 2017, on a small lake near Grand Marais in northern Minnesota. “The water was still really cold,” said Randee, mother to then-4-year-old James, who was visiting friends at their lakefront home.

James and three other small children had gone down to the dock, supervised by an adult who was on the dock with them. But with three kids to observe, it’s impossible to look everywhere at once, and suddenly, James was in the water.

“Nobody really knows how it happened,” said Randee. “One of the two-year-olds may or may not have pushed him, but it doesn’t really matter how it happened.”

What did matter was that James knew what to do. He got to the surface, flipped, found the dock and held on until the adult could get him – “he was gripping it so hard they had a hard time pulling him in,” Randee said.

James had just been through Water Safety Week at Foss Swim School, where he experienced what it was like to fall into the water with his clothes on, and so knew the proper steps to take.

“He started at FOSS when he was three, and I wouldn’t have thought at that age that you would start teaching water safety,” said Randee. “I’m so happy they did.”

“I didn’t realize how silent it is.”

Tragedy could have struck in the time it took to close a gate.

While at a campground, Katie and her family, including 4-year-old Carter, had been enjoying the campground pool. “I have a big fear of kids drowning, so Carter had been swimming wearing his puddle jumper” for flotation as he played, said Katie.

Carter removed his flotation for a bathroom break with his father while Katie remained with her daughter, taking videos with her phone. Upon returning to the pool, Katie’s husband followed Carter in and turned his attention to latching the gate.

In those few moments, Carter—forgetting he wasn’t wearing his flotation – ran and leaped into the pool in almost 5 feet of water.

“I happened to look up, and saw him face up in the pool,” said Katie. “I have always heard drowning is silent, but I didn’t know how silent. He didn’t make a peep.”

Katie called to her husband, who reached Carter quickly and got him from the water unharmed. Carter knew what to do to buy himself time and keep his face above water. “All weekend Carter was telling us ‘I flip to my back and then I flip and swim. Then I flip to my back again. That’s what my teacher says’” – skills he had learned during Water Safety Week at Foss Swim School.

“I used to think for water safety, you learn to swim. I didn’t realize there were these simple skills outside of being able to swim across the pool,” Katie said. “I wouldn’t have seen him at the bottom. My husband would have noticed he was missing when he turned around, but seconds and minutes are the difference between life and death.”

Putting skills together for safety

Swim instructors who know how to teach kids these life-saving skills can make a difference, even when they aren’t around.

One Foss Swim School instructor recalled a parent approaching him after lessons with an emotional story about his four-year-old son, a student who had recently been on vacation to a waterpark.

As he swam past the bottom of a waterslide, the boy had found himself sucked into the current of the fast-rushing water and pulled under.

“His dad was about to jump in after him—but didn’t need to,” the instructor recounted. “As he watched, his son didn’t panic and just flipped over. Suddenly the dad saw exactly what those skills we practiced with his son were for.”

For parents, these kinds of moments are clear reminders that having fun in the water also means respecting the risks of water and just how quickly and unexpectedly that danger can appear, even with an adult in close attendance.

It’s also a reminder that safety skills don’t happen by accident. Make sure that your kids are taught the right steps to take should they end up in trouble in the water, and practice them in realistic situations such as while wearing clothing. With preparation, falling in the water can be a non-story for your family as well.